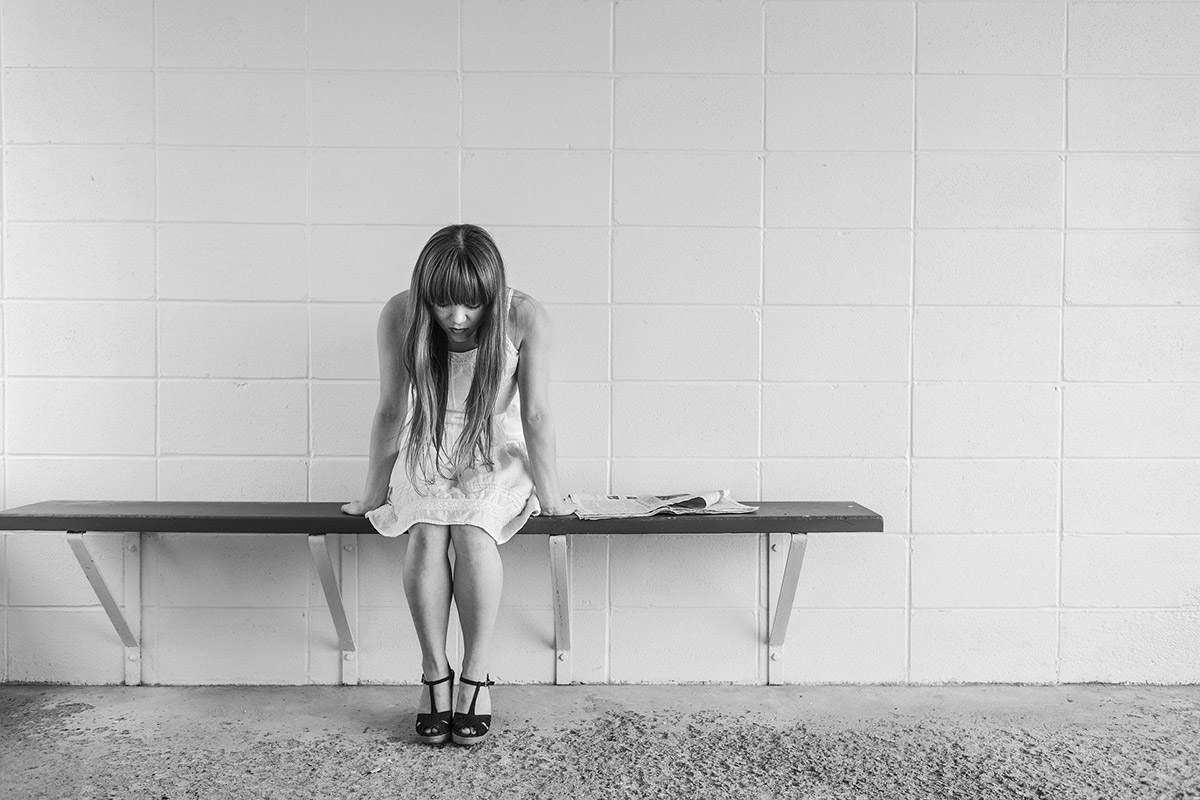 14th of November 2018 [BBC]: One of the killers of Merseyside toddler James Bulger has claimed he had a “better life” in prison as a result of the murder. Robert Thompson said he had become “a better person” behind bars as he apologised for the killing in a statement to the parole board in 2001. In the statement, obtained for a Channel 5 documentary, Thompson, now 36, said he was “desperately sorry”. The parole board said it was not able to comment on the statement. Thompson was 10 years old when he tortured and killed James with his friend Jon Venables after abducting the two-year-old from a shopping centre in Bootle, Merseyside, in 1993. In November that year, they became the youngest children ever to be convicted of murder in England. CCTV images revealed how James had been lured away by Thompson and Venables, who was also aged 10.

His body was found two days later on a railway line. He had been stripped from the waist down, paint had been thrown in his eyes and he had been beaten to death with bricks and a metal bar. The motive for the murder has always remained unclear and now, 25 years after the verdict, the Channel 5 documentary examined exactly what led two young boys to kill an innocent child. It included details of Thompson’s statement to the parole board, in which he said: “I do feel aware that I am now a better person and have had a better life and a better education than if I had not committed the murder. “There is obviously an irony to this but it is part of my remorseful feelings as well.”

Do you want to know more about Criminal Numerology and James Patrick Bulger of Liverpool, the toddler murdered by two ten-year olds? Yes? Then here’s the numerology research article we published on Jon Venables and Robert Thompson and set out below, in tremendous detail, is the Intelligent Mathematical Blueprint [IMB] of James… 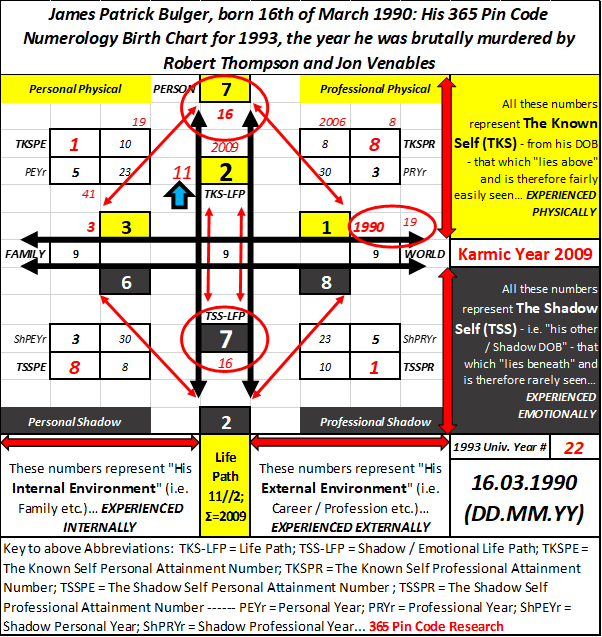 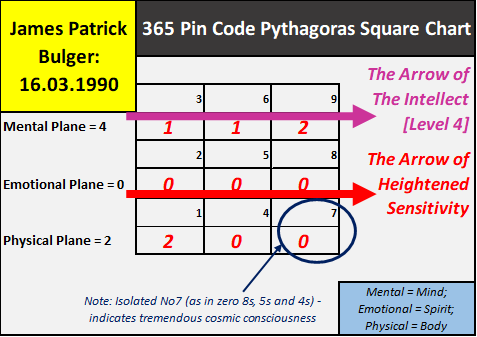 The above chart reveals that James has TWO birth arrows, the Arrow of The Intellect (most often this depicts a very switched-on individual, whose intelligence is best expressed as “having much common sense”). This innate intelligence is exacerbated through his having the isolated No7. James also had the Arrow of Heightened Sensitivity which intimates that he was aware of or sensitive to, the emotional state of others because he could literally feel / sense everything around them, and, on a very intense level. 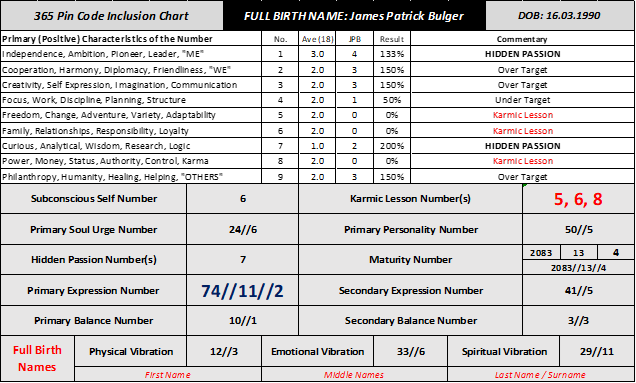 James Patrick Bulger, had THREE karmic lessons linking with numerology number 5, number 6 and number 8. His subconscious Self No6 talks to his being a sensitive, uncomplicated child who loved and trusted easily and sought only love and loyalty in return. His No7 hidden passion number reinforces his extraordinary intelligence and tremendous curiosity. When analysing a study subject’s 365 Pin Code Inclusion Chart, it is very unusual to find their No7 scoring over 100%, let alone well above that, as was the case for James Bulger. The highest inclusion chart score and No7 hidden passion result that we have ever recorded, resides with Sir Anthony Philip Hopkins CBE, who has (see his inclusion chart below, the No7 scoring at 360% of normalised target!). 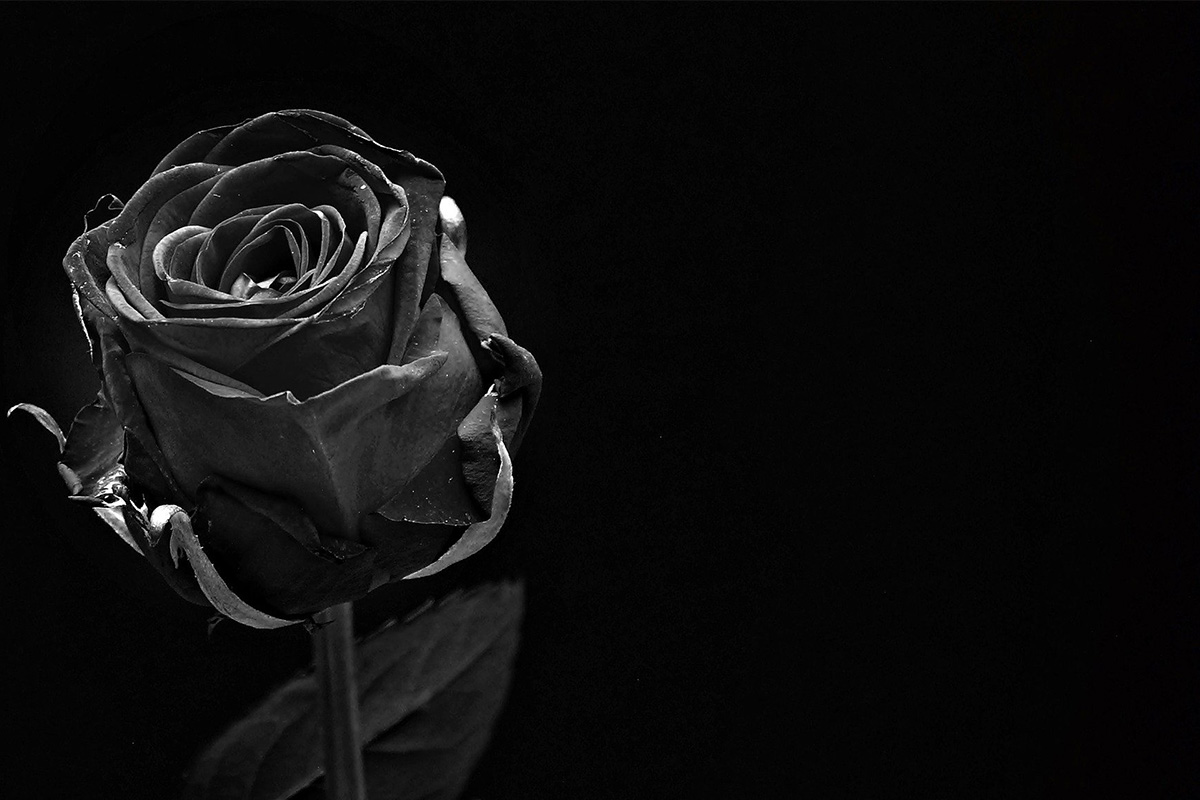 James’ surname [the Spiritual Vibration of his name], Bulger, carried the master number 11 [29//11//2] as did his primary expression number [74//11//2]. Note that the CoJoined Life Path number sequence of his two murderers, Thompson and Venables (here’s our detailed research paper on their numbers), has the master number 11 [4016//11//2] indicating a clear numerical synchronicity between Bulger and his murderers at the life path number level.

Ever since we began to delve into CoJoined Numerology, which is an incredibly valuable strategic awareness tool when it comes to better understanding relationships and their many complexities, we have become aware of how much “interpretive richness” exists within combined DOB numbers. Therefore, depicted in the CoJoined Birth Chart below, are the collective numbers of James Bulger, Robert Thompson, and Jon Venables. Note the No7 that exists between all three of them in the person, remembering that numerology number 7 is the curious number, the number which is forever trying to connect the dots to develop a deeper understanding of what is true and what is not. Karmic No19 exists between all three of them in the Family, and No19, when simplistically explained, is the number which is centred around issues of independence and trying to balance the needs of others versus those of your own.

What we find fascinating, purely from a criminal numerology synchronicity research perspective, is that when the raw data of the three life paths is used, as in added together, their collective co-joined life path number sequence is 6025//13//4, which introduces Karmic No13, the karmic octave of Master Number 22 [1993 was a MN-22 universal year] and Essence Number 4. 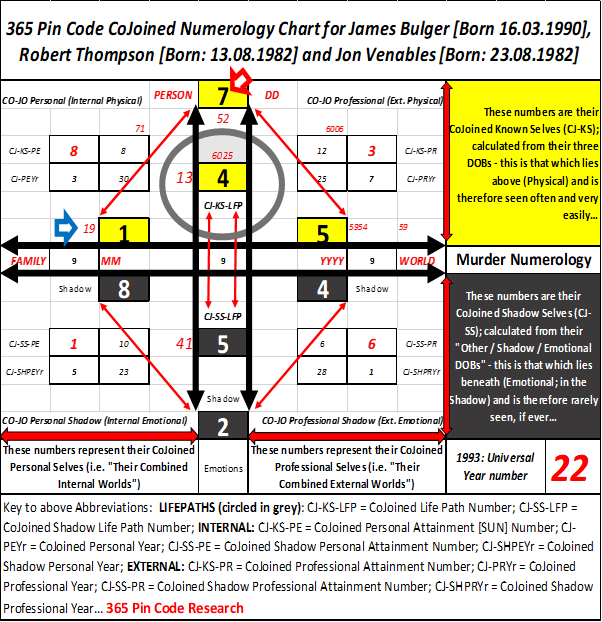 Denise Fergus says her son James is still very much part of the family. A large portrait of him hangs on the living room wall, and her three younger boys regard him as their elder brother; they often talk about him. “James is never far from our minds. I brought the lads up knowing him, even though they never met him.” It is 25 years since James Bulger was murdered, and it has taken Fergus this long to write about it. It’s not that she didn’t want to: it was just too painful. We meet at her publisher’s office, where she admits she has not been looking forward to this interview. Her second husband, Stuart, the father of her two youngest children, is here to support her. James Bulger was killed one month short of his third birthday in 1993. It was a murder that shocked, and which continues to shock, Britain. James was tortured to death by two 10-year-olds, Robert Thompson, and Jon Venables, who left him on a railway track to be hit by a train. 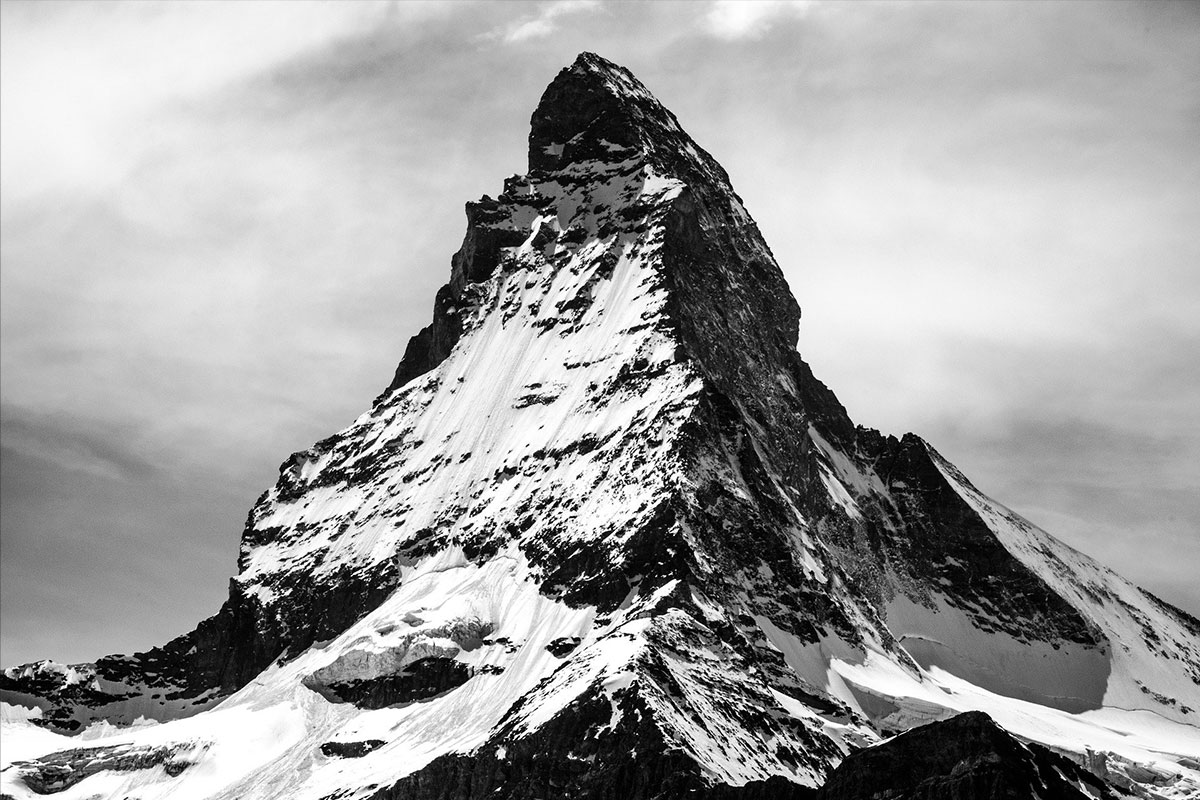 The very final element of this Criminal Numerology and James Patrick Bulger case study, is to unpack James’ pinnacle experiences and to see whether any possible synchronicities exist there and if they do, what these might be telling us? The chart below reveals that from the moment he was born, James was in a Karmic No19 pinnacle experience, which happens to synchronise 100% with the CoJoined No19 that he, Robert, and Jon “share” in the Family (see above chart, blue arrow, left). Equally interesting to note is that James’ No4 related 1st Challenge Experience links with:

Is there more to this gruesome murder than meets the eye? We don’t know however, it is complex and interwoven synchronistic data sets like the ones we have revealed to you, which to-date have never surfaced within numerology, that we shall continue to investigate and study as we attempt to better understand and develop the discipline of Human Futurology and our interpretation of the Intelligent Mathematical Blueprints [IMBs] that we undoubtedly all have… 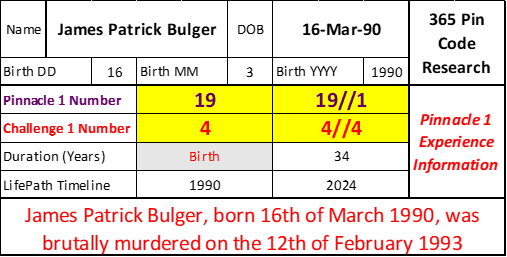 Image by Ryan McGuire from Pixabay

Image by Free-Photos from Pixabay